Tocsen is a system consisting of a crash sensor and a smartphone app, which detects crashes of outdoor athletes and automatically calls for help in case of emergency, if the user himself is no longer able to do so. 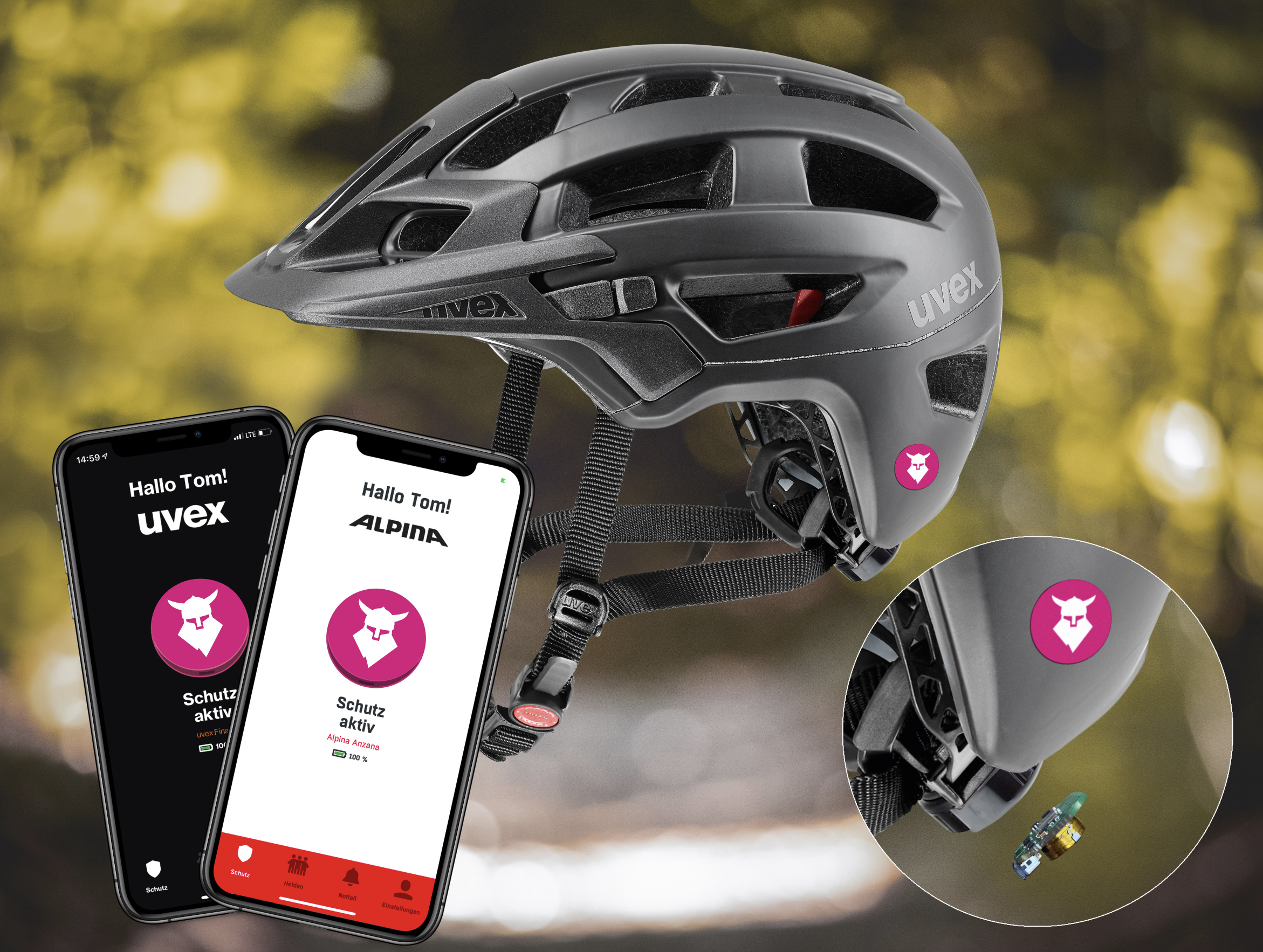 In 2019, three young entrepreneurs from Freiburg will launch the Tocsen crash sensor. Just one year later, Tocsen is available in bicycle and sports shops across Germany. Cooperations with international helmet manufacturers such as Alpina and Uvex follow. Now Tocsen and Uvex have jointly developed two new enduro helmets - with an integrated fall sensor.

"That we were able to win the market leader as a partner with Uvex is of course ingenious," says managing director Andreas Botsch, "and confirms that we are on the right track with Tocsen." It starts in 2018. Andreas, Alexander and Malte often go mountain biking together. When one of her friends fell heavily alone in the forest and was only found by chance in time, the business idea emerged: a technical solution that automatically calls for help if the accident victim cannot do it himself.

“We included user feedback from the start,” explains Alexander Schumacher, “It was clear what our emergency system had to be able to do: be 100% reliable, easy to use and, above all, not reduce driving pleasure.” The solution is called Tocsen: a combination of a small precision sensor and a free smartphone app. As soon as the sensor detects a crash, the app asks how the driver is doing. If there is no response for more than 45 seconds, Tocsen sends an automatic emergency call including GPS tracking - to personal emergency contacts and the entire Tocsen community in the area.

The Freiburg start-up will finance the first series production at the end of 2018 through crowdfunding and will initially sell the smart sensors via its own online shop. The interest of the specialist trade is not long in coming. This year, Tocsen has reached two more milestones: The expansion to winter and equestrian sports and the cooperation with the international brands Alpina and Uvex.

Up until now, the extra small and light crash sensor has only been offered in the flexible version. So it can easily be glued to any standard helmet. For the two new enduro helmets from Uvex, the sensor has now been integrated directly into the helmet. "According to Malte Buttjer, the mobile Tocsen has" a strong brother by its side ".

The three Tocsen managing directors are certain: the cooperation with Alpina and Uvex is just the beginning. You have already received inquiries from other international manufacturers.

Tocsen is a system consisting of a crash sensor and a smartphone app, which detects crashes of outdoor athletes and automatically calls for help in an emergency, if the user is no longer able to do so. The Tocsen crash sensor is already sold as a retrofit sensor (in pink, black and grey) for retrofitting to any helmet. An OEM solution integrated into the helmet will be on the market in Q4 2020.

After the mountain bike accident of their friend Tom, who suffered a broken neck despite his helmet and was found unconscious by hikers, the Tosen founders were looking for a solution to avoid such accidents in the future. As passionate outdoor sports enthusiasts, the entire Tocsen team gives everything to ensure that safety is no longer left to chance.
Here, our valuable experience from winter, cycling, riding and climbing sports flows into our work. Of course, we put all our products through their paces in the various sports.

To the media kit